I started in St. Conleth’s on the first day of second form and stayed until sixth year, one of a relatively large group of us who went right the way through both junior and senior school. After the Leaving Cert it was off to study Arts in UCD, again with a sizeable cohort of classmates, eventually taking a degree in history. For a while I thought about continuing my studies and did a masters in England as a possible first step towards a doctorate. I really enjoyed my deep dive into the turbulent politics of 1790s Ireland. But for various reasons, mainly based on excited reports coming back from friends who had already gone there, I dropped the studies and went to live in the US instead. I spent four years in San Francisco which was a great experience in a wonderful part of the world at a very interesting time in its history. Though the San Francisco I knew has had an aggressive makeover thanks to tech money I would recommend to anyone spending a few years in California. But I have always had a touch of wanderlust so eventually made the difficult decision to leave and went to London. There I did a journalism course, my last stint in formal education.

It would be hard to pick one favourite memory from over a decade at the school. The best of them would involve the friendships made there. Every time I am back in Dublin I will meet up with a few former class mates and I am in frequent touch with others also living abroad (Hello Diarmuid).

Forced to pick one memory I would go with the school trip to Paris in 1988. While I loved growing up in Dublin it seemed back in the pre-boom years to this teenager at least a small and provincial place. That week in Paris as well as great fun was also an early window onto a bigger and more cosmopolitan world waiting out there. I fell in love with the city to the extent it became a fixed idea to go and live there which I did for a year after I finished UCD. And it lived up to all the expectations and then some.

How you came to be in your current location

After a few years working in media in London I was itching to get on the move again. I did not have much of a plan except I wanted to go somewhere I had not been to before. I was half-thinking about Iran because I had read a lot about its history and culture which really appealed to me. But one of the lecturers on my journalism course, an old China hand, always emphasised to us the need for a foreign correspondent to quickly grasp the language of the country they planned to base themselves in. That was an issue for me as foreign languages were always a bit of a challenge. A cursory study of Farsi made me think I should look at some other options besides Iran. It was my fail, but you need to recognise your weaknesses. So I ended up going to Argentina instead, Spanish being less intimidating. The country had just experienced another of its periodic economic implosions which meant it was on the radar of news editors while after the plunge in the local currency it was suddenly unusually cheap for anyone earning in hard currency. That was a winning combination for a freelance reporter just starting out.

So I headed off to South America. Then after two fantastic years in Buenos Aires one of the papers I was writing for at the time asked would I be interested in going to Brazil as their stringer there was heading back to Europe. I had already visited the country a few times and loved it so jumped at the chance. I did not realise then that after lots of ups and downs and swings and roundabouts I would still be here 17 years later, still fascinated, still in love with it. Initially I wanted to move to Rio. It has probably the most stunning location of any city in the world and like most gringos I instantly fell under its charms on my first visit. But for reasons largely beyond my control I ended up settling in São Paulo. It is bigger, colder, uglier, and greyer than Rio but also South America’s most cosmopolitan metropolis and Brazil’s most dynamic city. Though I would never have believed it possible when I first visited the place I’ve loved living here and could not imagine spending so long anywhere else.

Wrangling a free ticket out of Fifa for the 2014 World Cup final in Rio. I jest. More seriously several articles that were very important personally to me were ones I did on a massacre committed by São Paulo police in 2006. It was my first deeply reported work after arriving in Brazil the year before and researching it really plunged me into the reality of the country and the weeks working on it were the steepest learning curve I had ever been on. It was an important story giving voice to people who were victims of the state that felt they had been largely ignored by local media. Both as a reporter and a gringo living in Brazil I have always felt those articles mark a before and after. 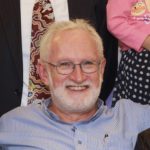 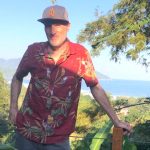